DeMarco: How Will The Fiend Change John Cena?

After their WrestleMania 36 showdown, how will John Cena be changed by The Fiend? 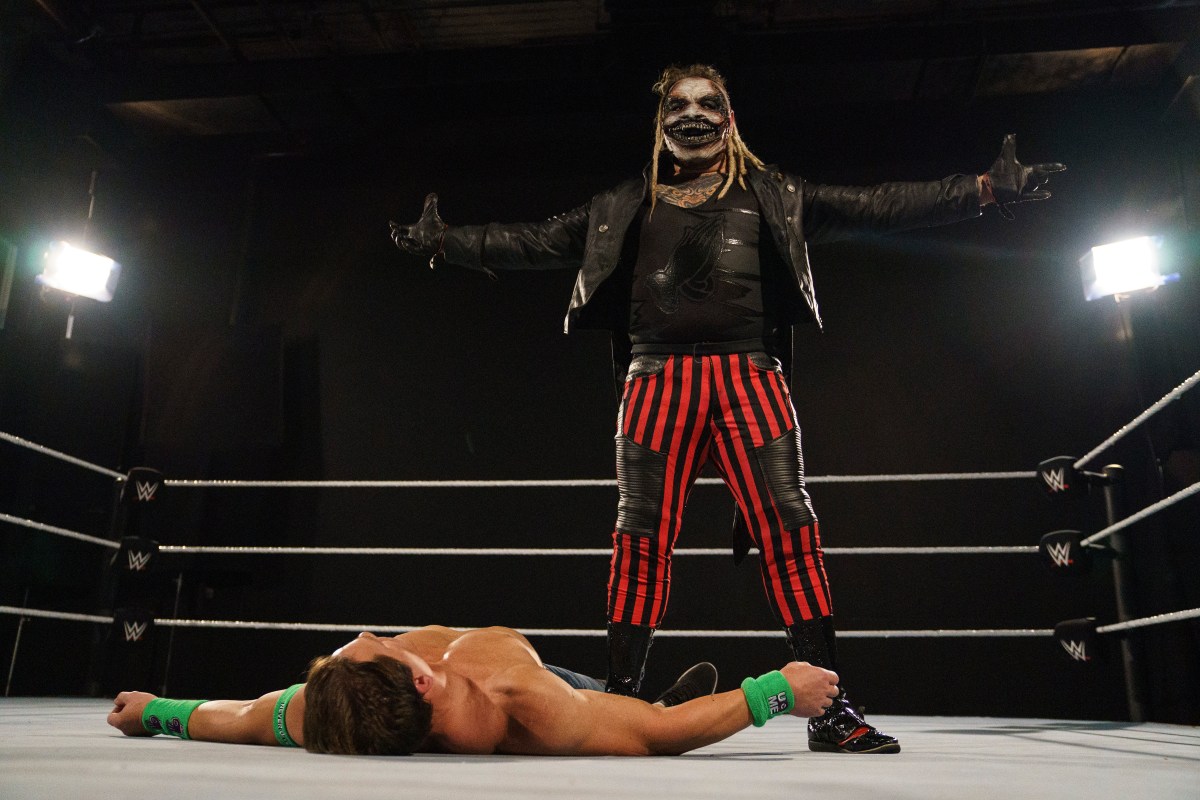 WrestleMania 36 featured an amazing showdown between Bray Wyatt and John Cena, which was a (acid) trip down memory lane for Cena’s career, looking at his highest and lowest points in an effort to break him down. Once Cena gave in to the hate, The Fiend would strike and finish off the former Thugganomic Doctor.

So what does that mean for John Cena—whenever we see him again? Well it starts with a simpler question first: Does it need to mean anything for John Cena?

In a word: YES. That answer is derived by taking a look at everyone who has already encountered The Fiend in an actual match.

SummerSlam 2019: The Fiend vs. Finn Balor

Finn Balor was The Fiend’s first victim, and he was also the first WWE Superstar to see a character change after that encounter. Balor was all smiles headed into SummerSlam, and but his attitude changed shortly after. Balor would appear on the first episode of WWE NXT on the USA Network, stepping to NXT Champion Adam Cole, but eventually turning heel against Johnny Gargano and becoming “The Prince,” going back to more of his Bullet Club persona.

In a summation, he went backwards to the more aggressive, edgy version of himself.

After Seth Rollins overcame Braun Strowman at Clash Of Champions 2019, he was attacked by The Fiend. This led to a Hell In A Cell showdown that saw Seth Rollins attempt to murder The Fiend, ending the match in a fashion that upset fans all over the internet.

The Fiend would have another shot at Rollins, the latter still in his pure babyface form, this time a Falls Count Anywhere match in Saudi Arabia at Crown Jewel 2019. The Fiend would come out on top, winning the Universal Championship and starting a path towards WrestleMania that would see many twists and turns.

As for Rollins? Well he would start to get more on edge, turning heel and amassing a stable that includes (Buddy) Murphy, along with The Authors Of Pain (after a promo where Rollins calls out the roster like the true asshole he is).

Today Seth Rollins is back to being a full-on heel, The Monday Night Messiah. Much like Corporate Seth Rollins, he is surrounded by muscle while being out for himself.

In a summation, he went backwards to the more aggressive, edgy version of himself.

The Fiend would target Daniel Bryan next, attacking him during an edition of MizTV. This would lead to Survivor Series, where Daniel Bryan put on a great show, falling to The Fiend in 10 minutes.

After a WWE TLC event that I will get to, Daniel Bryan once again battled The Fiend, this time in a Strap Match at the Royal Rumble that he would ultimately lose as well. but in the process, Daniel Bryan cut his hair (some was “ripped out” by The Fiend), trimmed the beard, and basically became “The American Dragon” again, both in attitude (plus some YES chants) and style. It’s the form that many prefer from Daniel Bryan, but…

…in a summation, he went backwards to the more aggressive, edgy version of himself.

Daniel Bryan was the original opponent for Bray Wyatt/The Fiend at WWE TLC, but as part of the build (the part where Bryan’s hair was ripped out), he disappeared and The Miz would step in for him. This wouldn’t be a championship opportunity for The Miz, but a non-title match against Bray Wyatt himself.

The Miz would still fall to Bray Wyatt in 6-minutes, with The Fiend only appearing on the Titan Tron. Wyatt attempted to do more damage with The Fiend’s hammer, but Daniel Bryan would appear to alter that course.

These events would lead to the return of John Morrison, who helped The Miz return to his former self, a cocky, arrogant Hollywood A-Lister (heel) who once held the WWE Championship and main evented WrestleMania. He’s returned to the version of himself that was most successful.

In summation, he went backwards to the more aggressive, edgy version of himself.

Super Showdown 2020: The Fiend vs. Goldberg

I’m sure you’re starting to sense a theme going on here, right? Let’s jump to the end. The Fiend turned Goldberg back into the WCW wrecking machine, him destroying everyone in his path in short order, to become a world champion once more. That was at the expense of The Fiend’s title reign, but it sent Goldberg into the form that was most successful. And people hated it.

In summation, he went backwards to the more aggressive, edgy version of himself.

So what about John Cena?

Bray Wyatt took his game to another level at WrestleMania 36, a cinematic joy to watch involving many moments from Cena’s past. If you’re not caught up on all the references from the Firefly Funhouse Match, this guide from Uproxx has you covered. Cena would ultimately lose the match (it has an official result according to WWE, so it was indeed a match), and disappeared into thin air right before our very eyes.

Bray Wyatt really won the match when Cena started swinging at him with the chair, and was beating the Husky Pig senseless without knowing it was a puppet. This made John easy pickings for The Fiend, who put Cena out of his misery with a Mandible Claw, and the three-count was counted by Bray Wyatt himself.

Will we see John Cena again? The answer is most assuredly yes, it’s one of the biggest stars in WWE history we’re talking about here. No one ever really goes away. So what will we see from John Cena.

Cena, finally making Kane happy in the process, did “embrace the hate,’ in a move that could signify a return to a much more angry, mean John Cena. He’s returned as the Doctor Of Thugganomics before, and usually makes heel moves when doing it. But it’s typically part of the build, a build that ends with Hustle, Loyalty, and Respect John Cena coming through the curtain in the end.

How can John Cena go backwards to the more aggressive, edgy version of himself?

To me it’s a full on heel turn, the kind that reinvigorated Hulk Hogan’s career. The move that was spotlighted as part of the Firefly Funhouse Match as well. Cena does have a movie career in the way Hogan never really did, but that doesn’t mean we can’t see a return that would impact SummerSlam, Survivor Series, Royal Rumble, or even WrestleMania. SummerSlam, currently slated for Boston, makes the most sense, but you just never know with his schedule, COVID-19, and the WWE calendar.

Do you envision a new John Cena when he returns? Comment below with your thoughts!