-- On last night's WWE Smackdown, both Andrade and Elias were victorious in their matches, advancing them to the quarterfinals of the King of the Ring tournament where they will face opponents yet to be determined. Here is how the updated brackets look so far: 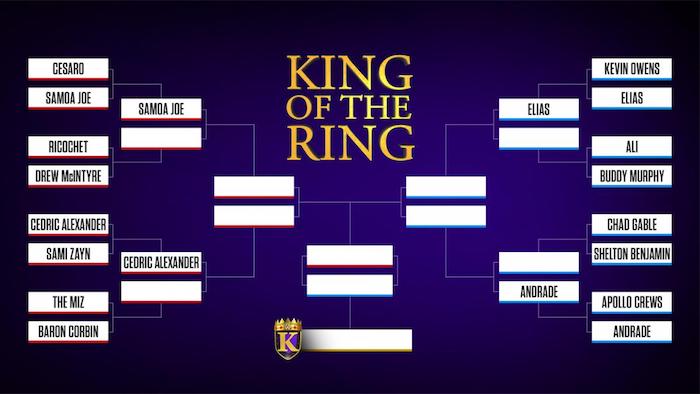 -- Also on last night's Smackdown, a Women's title match was made official for next month's Clash of Champions PPV. Bayley will be defending her Smackdown women's title against Charlotte Flair. Clash of Champions will be held September 15 in Charlotte, NC and it will feature most, if not all, titles being defended, but also the finals of the previously mentioned King of the Ring tournament.