WWE King of the Ring Finals Set; Match to Take Place on Raw Instead of Sunday's PPV

-- The final spot in the King of the Ring tournament has been determined with Chad Gable advancing to the final representing Smackdown. Gable was originally scheduled to square off with Elias last night on Smackdown, but the match never happened as Elias suffered an ankle injury and was not cleared by WWE doctors. Instead, Gable wrestled Shane McMahon defeating him by both pinfall and submission in what turned into a 2-out-of-3 falls match.

-- He goes on to face Baron Corbin in the finals of the tournament which will now take place on Monday's Raw instead of Sunday's Clash of Champions PPV. While it was never actually confirmed by WWE that the finals would take place on Sunday, many expected it to happen but the PPV is up to 11 matches. 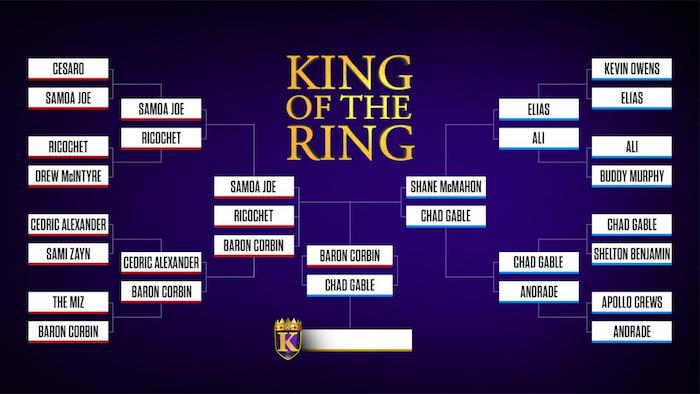