-- In a follow-up to a previous news post about WWE trying to get the city of Corbin, KY to change its name to "King Corbin", it looks the promotion has succeeded, albeit with a caveat. The Mayor of Corbin, as seen below, has approved the change and the city was officially named King Corbin for one day only - yesterday, January 12, 2020. WWE's announcement is below, along with the proclamation (though WWE refers to the mayor as a male, but she appears to be a female).

His official proclamation reads as follows: 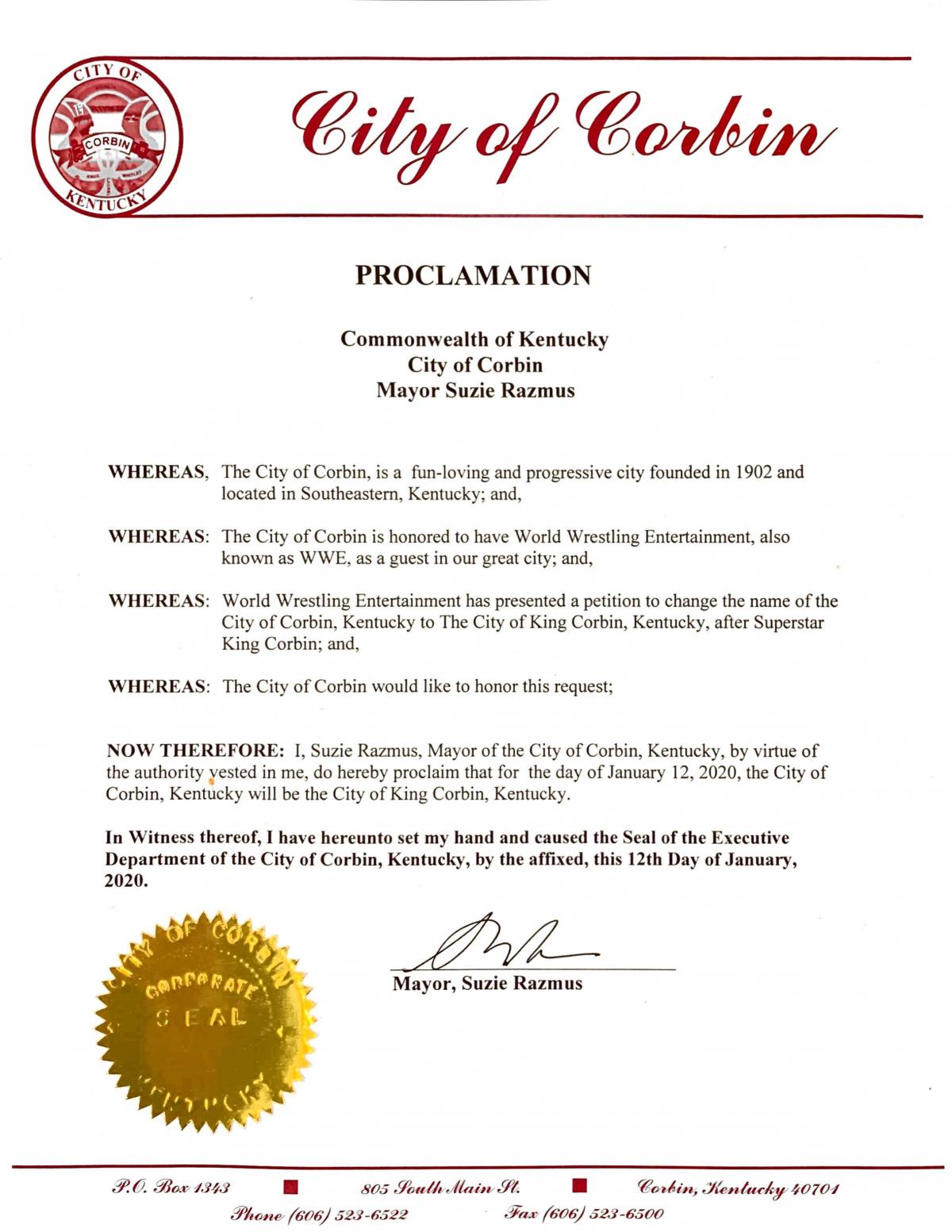